Participants from the project Monetarisation were invited to the Swedish Energy Agency in Eskilstuna on March 11 to give a presentation of preliminary results of the project. Lina Isacs and Göran Finnveden from KTH, Linnea Petersson from ABB, Bengt Steen from Chalmers and Anna Wikström from the Swedish Life Cycle Center were represented from the project at the seminar.

Lina Isacs form KTH presented the main findings and preliminary results from the project. She gave an introduction to the main two dominant approaches within economics; social cost of carbon (SCC) and Marginal abatement costs (MAC) and explained under what circumstances they can be used e.g. under the existence of a binding target or not. A selection of CO2 estimates, identified from the literature, was presented. The differences in available CO2 cost-estimates can range from 6.1 Euro to above 1214 Euro per ton CO2.

“The estimates depend on many highly uncertain input factors, which will remain uncertain, e.g. ethical standpoints on risk and intra- & inter-generational distribution, climate sensitivity and emission paths. Hence, there is no single objective estimate that is ‘the true estimate’ but some estimate are in fact less suitable. Yes, they are wrong, e.g. due to old climate data” says Lina. ”Depending on your ethical standpoint and assumption of future emissions and climate sensitivity, estimates can be significantly higher than ones typically used today.”

Linnea Petersson from ABB presented the findings from one of the case studies that have been carried out at ABB. The case study showed that depending on which estimates for e.g. CO2, you choose the external cost of ABB’s production as a share of its earnings can span from non-significant to highly significant values, from 0.2% up to 30 %. Several different estimates should be used, depending on location. “However, in the long run estimates should converge globally” says Linnea from ABB. “This has been a valuable learning process for us. By highlighting the cost of our business, ABB can take better decisions, especially with regards to investments. The tool we have been provided with during the project can be a valuable tool in communicating sustainability with business managers” says Linnea Petersson.

During the presentation, Lina Isacs emphasized that a major point with monetarisation is its potential to promote learning about climate impacts. Lina finished her presentation on CO2- estimates by giving some conclusions and recommendations. Recommendations and conclusion will be available after the end of the project.

The seminar ended with a short introduction on valuation of abiotic resources and how the analytic framework Total Economic Value can be addressed to identify values that is today not included in the market price and in methods such as CBA or LCA.

Deliverables from the project are two article manuscripts and one short “user-friendly” report, which will be published after the project.

About 25-30 people, both from the Energy Agency and the Swedish EPA, participated at the seminar.

More information about the results and a report from the project will be available after the end of March 2015.

The 10th of October 2016, there will be a workshop in Gothenburg within the project Integration of environment and economy…

How to include externalities in your product and process development? With the EPS method you can get a compass to…

What is the future for vehicle manufacturing? 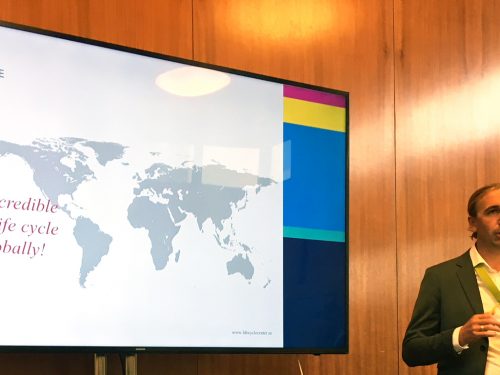 On August 29-31 the Life Cycle Innovation Conference was arranged in Berlin by FSLCI and off course, Swedish Life Cycle…